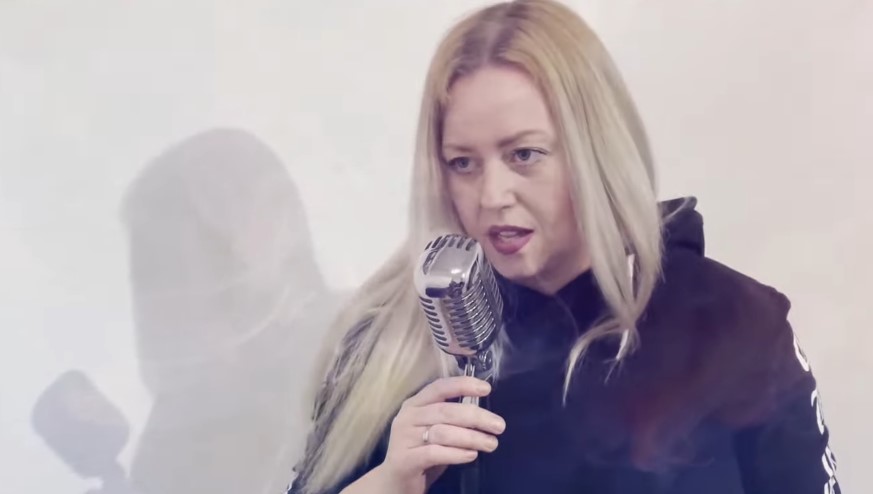 „This song is an homage to Chester Bennington. I tried to give the sound some hints of Nu Metal. The riff is more rhythmical. The lyrics are about how Chester’s voice was a light in the darkness of difficult teenage years. I loved Linkin Park, especially their album Hybrid Theory. After Chester’s death, I couldn’t listen to their songs for a while. It was just too sad. Then one day I listened to their album One More Light on a flight back home from a holiday in the UK. The sound was quite different than that of Hybrid Theory, but I loved it. And the song One More Light is one of the most beautiful and heartbreaking songs I have ever heard. I decided then to write some sort of response to that song, as a message to Chester. Just to say Thank you!“

„Firstly, I want people to enjoy the music. Secondly, I want them to notice the lyrics. I love listening to music while reading them and trying to understand the stories that are being told. I hope that the listeners feel the same way. I like to also add, that some of the songs were written a while back. I had others that didn’t make the cut. Overall, it is fun to write with other artists and see how the songs turned out both in the studio and live. But writing with others also means compromising. And that is one of the main reasons behind starting my solo project. I wanted to show what I could do, without the guys (yes, the bands I’ve played with always consisted of all guys and me). It is, unfortunately, easy to underestimate female artists in metal. At least, that is my experience. There aren’t as many women within the genre as there are men. Very often I experienced that people just assumed everything was written by the men in the group. I don’t mind being “just the singer”, but I would love to show the world that I am, in fact, more.“