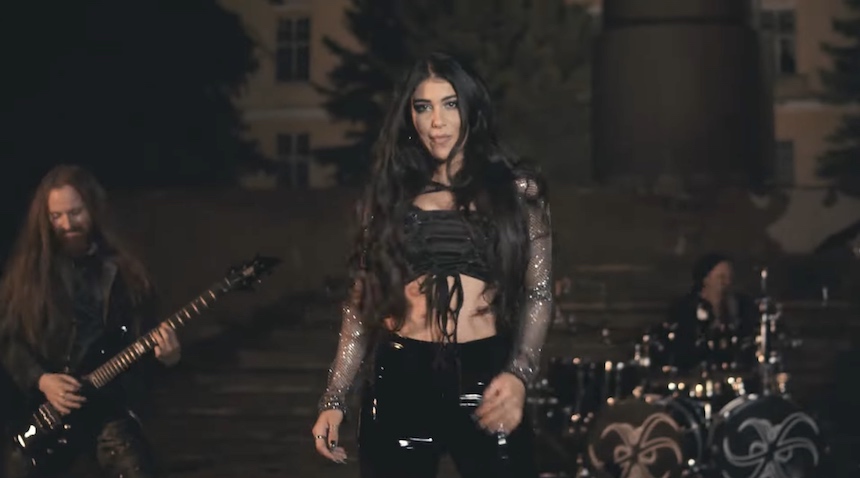 „‚You Will Never Be Our God‘ shows how diverse our next album will be. This song alone features elements from different metal genres, classic and modern, and melts them into something new that shows how well and fresh it can come together. But, at the same time, it reflects everything that XANDRIA stands for, including bombastic film score orchestrations and big choirs!”

““This song is about the danger that the open, pluralistic and democratic society is in. From outside and inside authoritarian forces try to appeal to the low instincts in people to wield their power over them. It once looked like it could be becoming a better world after cold war had ended. Societies seemed to make progress to be more open, more tolerant towards minorities and diversity, and democracy and freedom seemed to be coming for more people. Still capitalism and its greed and injustice remained a big question we needed to address, and still too many people were living without freedom and in poverty. But instead of improving it seems we are actually heading for worse now instead of making more progress. And we need to stand up against it. Because our freedom is no longer guaranteed. Authoritarian/totalitarian ideology, religious fundamentalism, anti-science, anti-facts, greed, fascism, racism, sexism, homophobia – you will never be our god! This is to all people in the world – you all deserve to live in freedom, to live how you want to live, to say what you want to say, in respect of the freedom of others.“