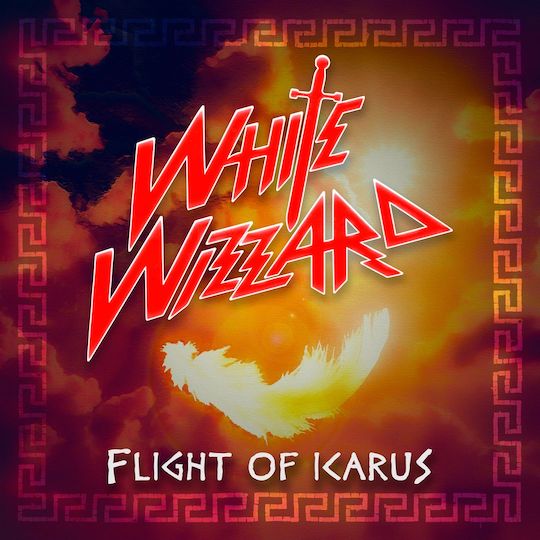 “During Covid, I’ve been writing songs for a new WHITE WIZZARD album, and in the meantime, we thought it would be fun to do a couple of covers. As many know, LaRue and I were Iron Maiden fanatics as kids, and it’s clear that they are one of WHITE WIZZARD’s biggest inspirations. I wanted to do something from ‚Piece of Mind‘ because it was always my fave album by them, but instead of doing a more progressive song, I felt ‚Flight of Icarus‘ would be interesting because not a lot of bands have done it. It may seem simpler on the surface, but there are a lot of hidden dynamics that were fun for all of us to discover. I feel like everyone did justice to the original while kind of putting our own stamp on it. For being self-produced and tracked in bedrooms, it’s not too shabby! We had some fun with the video too, and anyone that has seen the original should get a kick out of it.”