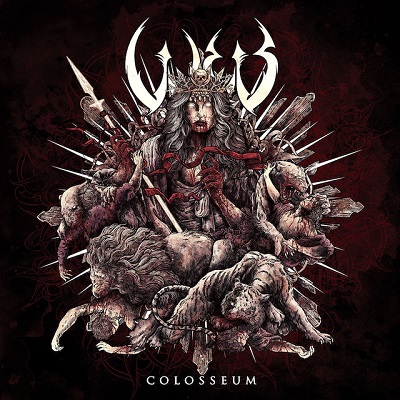 „The Colosseum was the famous gigantic arena in Rome to give the people ‚food and spectacle,‘ whereas what it truly did was to quench the mob’s thirst for blood and violence and keep their minds away from thinking; kind of an ancient TV-brainwash machine. People nowadays seem to be thirsty for blood more than ever. They seek violence in almost everything. You can see it in social media, in the streets – even a simple fight between kids in a schoolyard attracts the other kids, not to separate but to watch. Humans miss the Colosseum and what it gave to their violent nature, even though they will never admit it. The title Colosseum is the irony of giving them what they secretly desire. Maybe then they will start to understand what they see in their mirror and hopefully it will bother them.“

„When you enter the rabbit-hole of symphonic orchestra and synths, you are in a chaos of sounds, and new ideas are always born through this. We had to spend hours on sound design and decisions like never before, yet the outcome speaks for itself.“