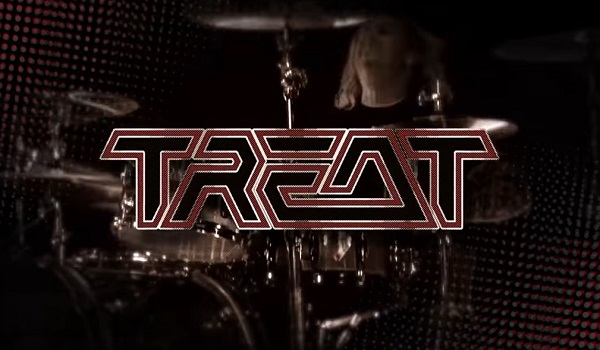 „Well, for me, it always starts with the song, and that exciting feeling which leads to the next one, and so on. As a longtime songwriter, I trust my gut instinct, but I know the material will take new and better shape when the rest of the guys get in the creative loop, and remember, deep down we’re still kids and fans of great rock music and we still get excited when a cool idea turns into a great song. We were focused on making the best possible Treat effort, and all of us decided, early on, to make this a positive and uplifting record to be proud of in the years to come. I guess we found the working process to be our sane and safe haven in the midst of this new daily life none of us could have predicted would happen. We started the basic track recordings in Atlantis Studios in Stockholm in November 2020, moved on to Baggpipe Studios and Peter Mansson´s Mir Studios in the spring/summer of 2021 for lead vocals and overdubs, then finished mixing in Mir Studios in Stockholm in October 2021. Most of us have our own studios at home, where we do additional tracking, but to get the sound we wanted for „The Endgame“, we did take our time to find the right recording rooms and studio facilities, and the result speaks for itself! Peter [Mansson] is one of the best rock producers I know, and also a longtime friend. He knows us inside out, pros and cons, and will always give an arm and a leg to make our vision come true. His contribution to this album as producer, recording and mixing engineer is outstanding. He´s also an excellent musician and he’s become almost like a sixth member of the gang, a fantastic guy and we love him. We really hope our fans will love this album as much we do because we made it for YOU!“