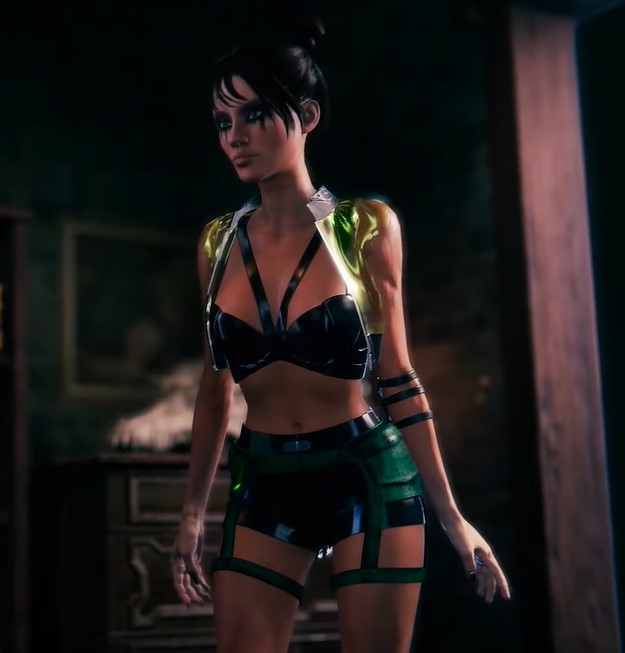 „In a parallel universe, Daisy, the time-travelling shapeshifting heiress to the underworld, walks through deserted city streets fixated on her cell phone. She walks past a holographic event of The Meta Daisies and as their guardian, she is delighted to see them performing. She turns and is mesmerized by a bright light radiating in the distance. Drawn by the light, Daisy time travel’s seeking the source of the mysterious glow. She finds herself deep in a dark forest where she discovers a castle with a secret tunnel to an underground vault. Fascinated by a small red music box, she opens it and unleashes a glowing sphere radiating energy which she then follows to the underworld. Holding court, Daisy watches over The Meta Daisies rockin’ out and inspired by her passion for rock music, she can’t resist dancing and is drawn into a euphoric state. She reaches out and touches the angel which causes an epic explosion propelling her back up to the city scape where she joins the energy sphere and ascends to the next meta dimension. As pioneers in the metaverse, the Band & Daisy’s mission is to preserve the legacy of Rock music now and in the future. Rock is indeed alive and well. Stay tuned for more…“