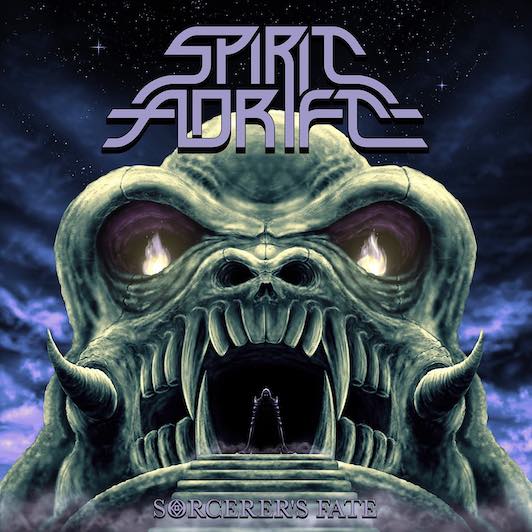 “I always thought it would be a cool experience to record some songs by bands that are foundational to the DNA of SPIRIT ADRIFT. These choices are obvious and on the nose to me, but maybe unexpected to the fans.  That made the whole thing a lot of fun.  A band like Lynyrd Skynyrd might not be the first thing you think of when considering SPIRIT ADRIFT’s influences, so the task for me became figuring out how to honor these great songs, but in the distinct SPIRIT ADRIFT style.  To make the whole thing even more special, I channeled these influences and wrote a couple of new songs to kick things off.  There’s a lyric in ‘Sorcerer’s Fate’ that mentions ‘past and future both aligned,’ and that became the concept here.  The whole thing is presented in reverse chronological order.  That way, you get a sense of where SPIRIT ADRIFT is headed, but you’re also taken on a journey back in time through our most fundamental influences. Hope y’all enjoy it!”

When I wrote this one, I was obsessing over the film director William Friedkin. I’ve been a fan of his since I saw ‘The Exorcist’ as a kid, but when I discovered the documentary ‘Leap of Faith’, it sparked a much deeper interest in the man and his process. I started watching as many of his interviews as I could find, and I read his autobiography which was just amazing. Friedkin’s life and art are inseparable. His human experience, search for higher truth, and borderline-psychotic level of obsession/perfectionism all coalesce into his artwork. I relate to that on a profound level. This song is about our search for purpose, and humanity’s struggle to understand ‚the mysteries of faith and fate.‘  Musically, I would say it’s one of our heaviest and most straightforward songs. Inspired equally by New Orleans sludge, flipped-cap crossover, and Scandinavian metal, but with the distinct SPIRIT ADRIFT sound and approach.”

All around him, dark of night was falling

He was aimless and afraid

In one flash of light, he knew he found his calling

Intuition guided him to take a leap of faith

His fate would unfold

His story would be told

Voices beyond him beckoning unconscious minds

In his waking life, walking in his sleep

At last perceiving past and future both aligned

A continuum of destiny

Shackled by the iron chains of human will

Searching for the ultimate truth

Dreaming of the magic that eludes him still

Lost inside the memories of fading youth