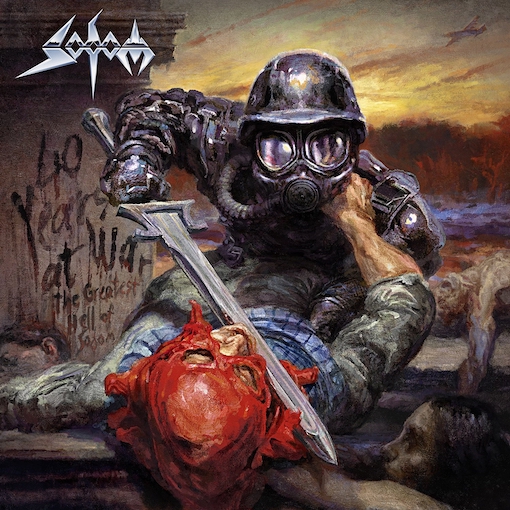 „`1982′ is the highlight of our new 40th anniversary album. At first, we just wanted to be a band, the music was almost an afterthought. We were against everything and everyone, wanted to shock the world and the more people hated us, the more motivated we got. Nobody would have expected that 40 years later, we’re still alive and playing. Those 40 years have gone by in a flash, but we continue to look forward.“

They wanted to convert us

We were locked up but escaped

And seed of hate has fallen on a fertile ground

We were despised but always feared

And we never licked your boots

When the dark comes falling from the thundering sky

Released heroic devils from deep inside

There was no other purpose for me and you

Just greasy blood that slipped through our hands

The enemy’s remains in filthy streets

No pity grows in the shades of black

The law of the road in dark ravines

With an evil smile on our faces

When the dark comes falling from the thundering sky

Released heroic devils from deep inside

There was no other purpose for me and you

To all what Satan spawned

Breaking through the barrier

Between the night and dawn

The chaos that you`ll find too late

Your church that we contempt

The loud demise out of control

To bring it to an end

The leadership by godless gods

At least the worms awaits

So bury us, but side by side

And you will realized

We’ll meet a few of you in hell

The earthly death we just survive