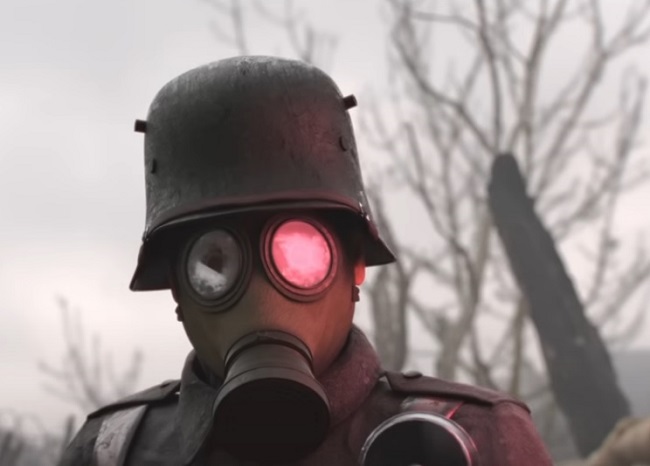 „Metal family, we’ve got a surprise for you! Our animated video for our song ‘Stormtroopers’ has just dropped. This video was created by our friend, Marius (you can follow him on YouTube or Instagram). But before you watch it, here’s a bit of background for you so you understand the story behind our song:

„The Stormtroopers came about at the beginning of the First World War and were specialist soldiers of the German Army who used clever infiltration tactics to attack their enemies in the trenches. These small groups of troops had the ability to cross no-man’s land with great speed and could trigger shock, confusion and panic among their enemies with their assaults. They would target key areas of the trenches and fight their way inside with close range weapons such as hand grenades, pistols, knives and machine guns.“

Now there’s a standstill in the war, repeating what’s been done before

It must come to an end, a few will transcend

They were under twenty five, and under fire they would thrive

The Sturmmann is born, their enemies scorn

A glimpse of the future, new tactics in war

As fast as lightning, there’s no time to mourn

A glimpse of the future and Blitzkrieg is born

They’re fueled by the fear in their enemies’ eyes

A fast and violent escalation

Out of the trenches the stormtroopers rise

Jägers led the way, the pioneers would join the fray

Lead through direct command, as they’re advancing through the land

Encircling their flanks, and ravage their ranks

Expose their reinforcements, destroying their lines