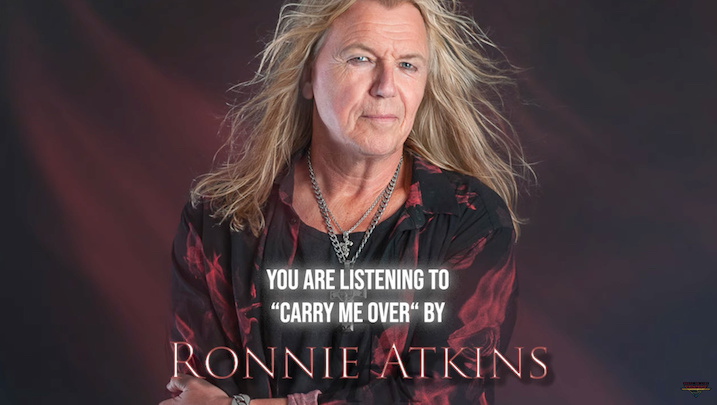 “’’Carry Me Over’ was in fact the first song I wrote after I was told my cancer was back in March 2020. It was written when I hit rock bottom mentally and emotionally and in a very hopeless and frustrating period of time in my life. That’s pretty obvious when you listen to the lyrics. So, when I had to decide which songs were gonna go on the album “One Shot”, I deliberately decided to leave “Carry Me Over” out for two reasons. One being the fact that, you know, I simply thought the lyrics were too sad/depressing and that’s not what I wanted to signal to the fans. Second, I felt it would tip the balance on the album. However, I still think it’s a beautiful melody!! Melancholic indeed, but also very honest and therefore I can back it up at any time. That’s how I felt and that was the state of my mind when I wrote it”

“Today, I’m in a different place, not diagnosis wise really, but I feel good and I guess I’ve somehow learned how to adapt to the situation and deal with it. Thanks to immunotherapy, a positive mindset, and, not the least of which, the almighty God, I’m still here,”