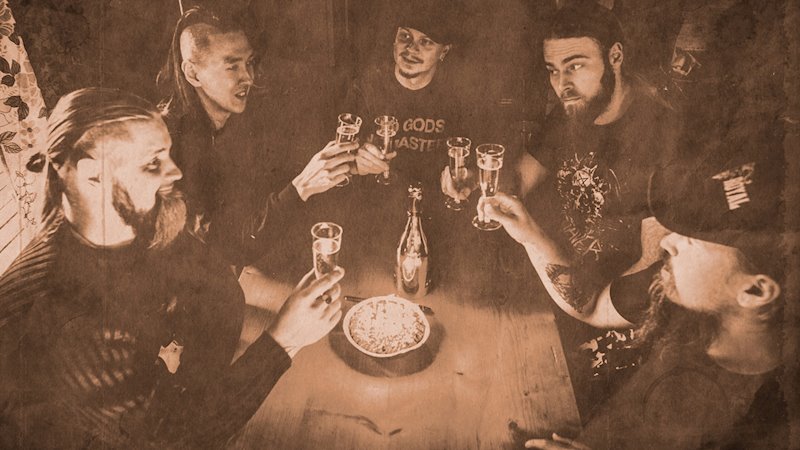 Die Band kommentiert ihren Release:
“We wanted to put together a somewhat special release that includes something new, but also echoes from the past. The new and the latest single, ‘Tomorrow,’ from the release is a great example of that. The track was originally released under the name of ‘Morrow’ in 2002 as the first demo for the band. It was more than exciting to shake its foundations after all these years and make it a much better song. Now you can actually feel and hear its strong emotional charge that’s been hidden in that shitty demo version, heh.

“Of course, it could have been way easier to pick up some songs from all the previous releases and make just some kind of collection album, but it sounded already, in the beginning, a so damn boring idea. And since coronavirus came and shuffled the pack with our previous album promotion tours, etc., it basically canceled most of our booked shows at that time. What else do we have than time to make some new music? Staying put and waiting for some virus to disappear would have been a pure waste of time. Massive thank goes to our partners in crime, all these guys and girls who helped us to put this bungle together. We shared our vision with them and asked for help here and there, especially this happened with the special track versions. The end result is great and special indeed. Enjoy!”