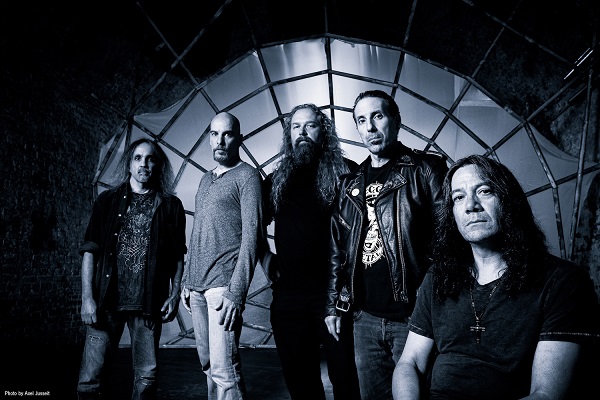 “It is with a heavy heart that we have to withdraw from any and all future touring. The reason is simple but justified: the toll it puts on our guitarist Brian McAlpin, who has been confined to a wheelchair most of his life and for whom travel at our level is not just uncomfortable, it’s physically detrimental. The last few tours caused painful complications that took him quite some recovery time, and we are not willing to put him through that again.”

“At our level of touring, it is not possible for us to provide Brian the things he would ideally need – we can’t afford to tour in a nightliner, we have to fly Coach, we often have numerous connections on little sleep, and the personal toll it takes, and the health complications is impossible to justify any longer. Therefore, we have no choice but to cancel our forthcoming dates and any future activities. When the band reunited in 2010 with the original five members who first started playing together as Aslan in 1985, we did so because it was fun, and the spark from the early days was there. It still is.”

“It would have been possible to fulfill our upcoming dates with a replacement guitarist, something we had done at shows in the 1990s before our first breakup, but it didn’t feel right doing so this time. It’s all for one, one for all with the band as far as we’re concerned. It’s not about money, it’s personal, and no man gets left behind. We apologize to those of you who bought tickets or were looking forward to seeing us later this year, or beyond, but this decision is for the greater good.”

“That said, this does not mean the end of Psychotic Waltz. We are already in discussions about doing another album, a follow-up to 2020’s The God-Shaped Void. We are working at this very moment with our label InsideOutMusic on putting together re-releases of our first four albums before the end of the year, including deluxe editions of each with previously unreleased material. And most importantly, we all get along. We value your dedication and support over these many years and hope you can understand and respect our decision.”