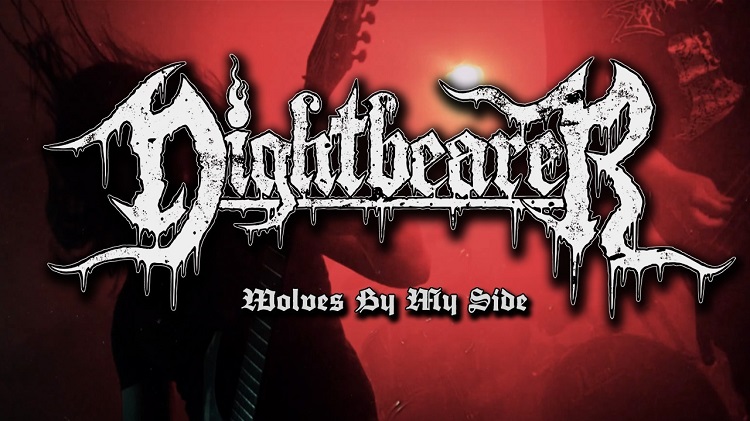 „Here it is – the official (enhanced) music video for the 2nd single „Wolves By My Side“, taken from our second full-length album „Ghosts Of A Darkness To Home“, out 07/29/2022 via Testimony Records. To make this video even more special, we came up with a big intro. Originally, it was just an excercise to spend a boring sunday, but the result came out quite epic and we decided to use it exclusively for this video. Maybe there will be  more of such stuff in the future, who knows? On the one hand this song is about one of the main characters in Robert Jordans epic fantasy series „Wheel Of Time“, Perrin Aybara. He’s Ta’veren, a wolfbrother, the Young Bull, Perrin Goldeneyes – doomed or blessed to face the forces of the Dark One in the final battle, Tarmon Gai’don. But despite the growing despair he does, what he has to do, knowing that his wife Faile (which means Falcon in the old tongue) and his brothers fight by his side – now and when darkness may come. And, on the other hand, there’s some metaphorical approach to this video, too. We’re often lost in our own darkness, enslaved and bound to some really dark places within ourselves, where it’s harsh, noisy and chaotic. Sometimes it feels like fighting an inner battle, and sometimes we’re suffering hardship day by day as if it’s our own personal Tarmon Gai’don, the final battle. But there are powers supporting us, giving help if needed, calming the storm… powers of good and light: friends, family, maybe nature and yes, maybe the descendants of those wolves in the dark… they are ambassadors of the Light, saving us, when we’re on the verge of losing ourselves, on the verge of our own abyss.“

„When darkness has come, I know a falcon and wolves by my side!“