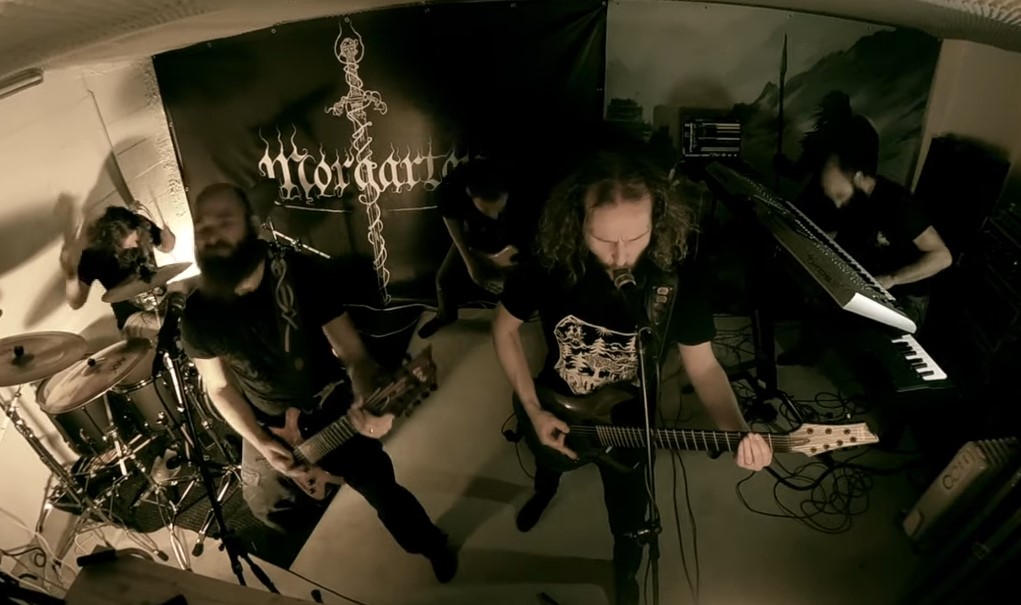 ,,With this new album we were really eager to build a highly cohesive concept-album, but we also wanted to go beyond what was done with the previous record. So we wrote a medieval novel inspired by the legend of a Swiss hero called Arnold von Winkelried and chose important events of his story for each song. Then both the lyrics and the music were composed, so that it really brings the listener into the story and allows him to walk alongside this hero, feel what he feels along his journey.“

,,This gives birth to a wide variety of songs which can be as much folky, epic or contemplative as well as dark, violent or melancholic, yet still cohesive.“

,,We made no compromises and composed each song with our gut, so we are proud of every note, every word in this record!“

Every blow of my sword, any ground won

Is one more step towards my destiny.

Watch me fulfill my art!

Hear the story turn into a legend!

I have come so far for this day,

To be able to grasp my destiny!

Behind me the enemies‘ bodies are piling up,

I exhort the men following me

But as much as this glance should have spurred them on

As much it may have turned out to be a blunder.

My eyes settle on this body and everything slows down again

I still don’t understand his sacrifice,

Doubt arises in my heart.

What if future generations remember him and not me?

His madness begins to enthrall me

My quest seems futile, my deeds, my accomplishments escape me.

But I feel that something mighty is within grasp of hand

I’ve to untangle this mystery, find my path in this living.

I’ve slighted death for too long

I now fight by confronting it.

May my arm be firm,

Because tenuous is the boundary between forgetting and remembering a man

Long is my journey and dead, I won’t be able to roam it