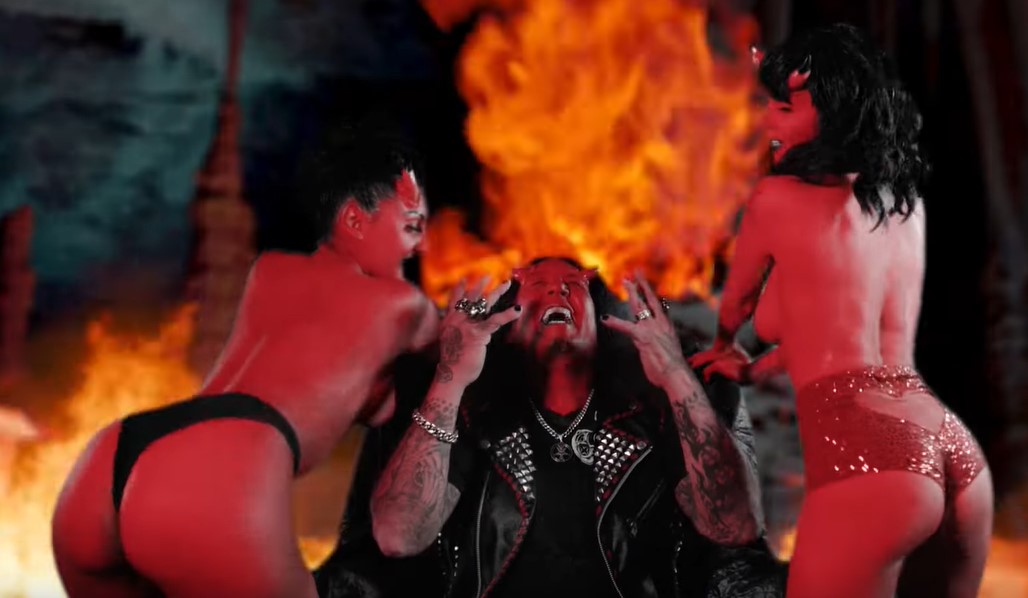 „The way I remember it, Eddie and Jeff [Gomes], our drummer, came up with the Chuck Billy devil storyline. It was Szandora LaVey [daughter of the infamous Anton LaVey] who was able to talk Chuck into painting him up when she came with the red paint, devil horns and the idea of being demon ladies,”

“Szan and Edie Eve choreographed all of their moves, and our good friend Larry Chandeler did all of the animations and post-production so that Eddie could edit. It was a really fun shoot, despite a dry ice debacle, but, oh well, we had our personal smoke machine to puff it up. It was also nice that our seventh band member Chris Powell could be in the video as well, (as he helped write the song and played on the recording of it). Ken Mooney crushed his part too (he’s actually a great singer in real life). There are realms even lower than hell…“