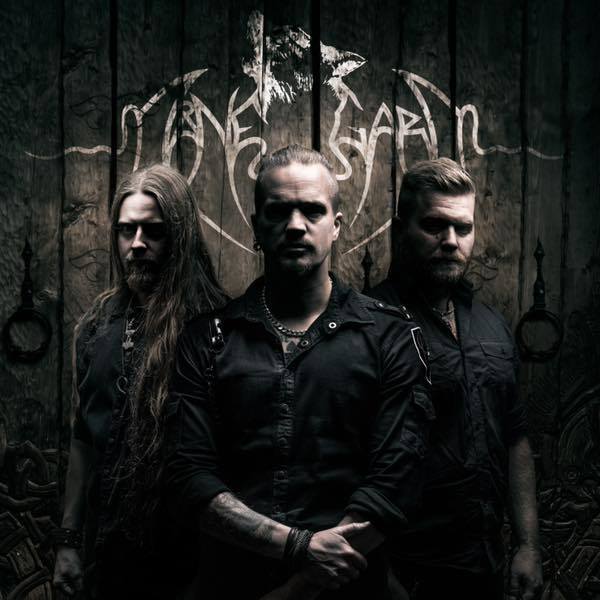 “’Ulvhjärtat‘ is about Ingjald Illråde, who was the last king of the Ynglinga dynasty that ruled over Uppsala and Svetjud. As a young boy, Ingjald was weak and frail but during a great feast, the midvinterblot, Ingjald was advised by his foster-father, the blind man Svipdag, to eat a wolf´s heart to gain strength. Ingjald followed the old man’s advice but the outcome was not only that Ingjald became hardened and stronger… he also took on the mind and temper of the wolf. Ingjald grew up to be an ambitious king determind to make his kingdom grow, but his mind grew darker and darker. His treacherous mind made him invite nearby kings just to burn them alive and expand his kingdom, his ferocious and ruthless rule contained betrayals and oath breaking and he finally came to be called ‚Ingjald the illruler’…”

“Thousands of working hours turned into this beast – our new album, Ynglingaättens Öde. We truly believe this album is our strongest and most complete album to date and despite the dark days of the pandemic, we have created a concept album that is 100% Månegarm and packed with strong melodies, riffs and powerful choruses. This time, we explore an old Swedish Norse dynasty of rulers where we detail their deeds, their rule and above all – their deaths. So come join us on this journey and meet the fate of the Yngliga kin!”