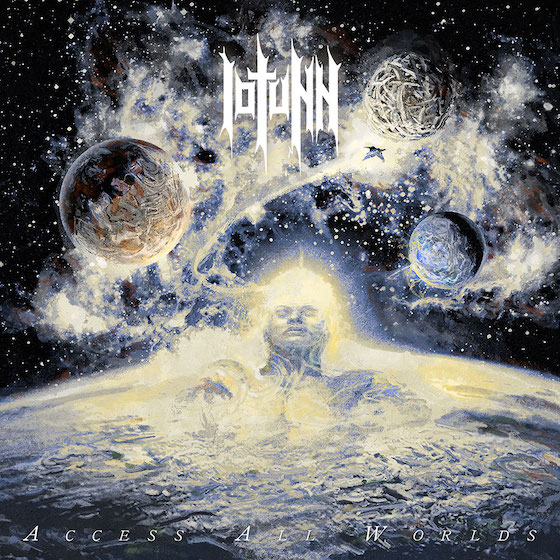 “‘Weaver’ has been in our creative loops for several years since back when Jesper came up with the very first clean guitar part. We always knew it would appear on our debut album. For us, it’s an album highlight on its own terms, and to this day, it still sounds fresh to us. With Jón’s vocals and lyrics, the composition has found its home, and when Costin did his visual art and film, ‘Weaver’ got weaved into new spheres and perspectives. We are very proud of this collaboration and hope you’ll like what you see and hear!”

A howl runs on glistening tethers

That hold this utopia

Returns again as light from afar

Created and immortalized their bonds

No fear of night

The weavers erased their parasites

Denied the politics of I

I am witnessing a depth where thought and speech prevails

Above the whispered solar crosswind

Above the whispered solar crosswind

The old world so far away and now

Before we forget, we must build a passage from starlight to firelight

Created and immortalized their bonds

No fear of night

The weavers erased their parasites

Denied the politics of I

What is lost, recovered

All is lost when uncovered