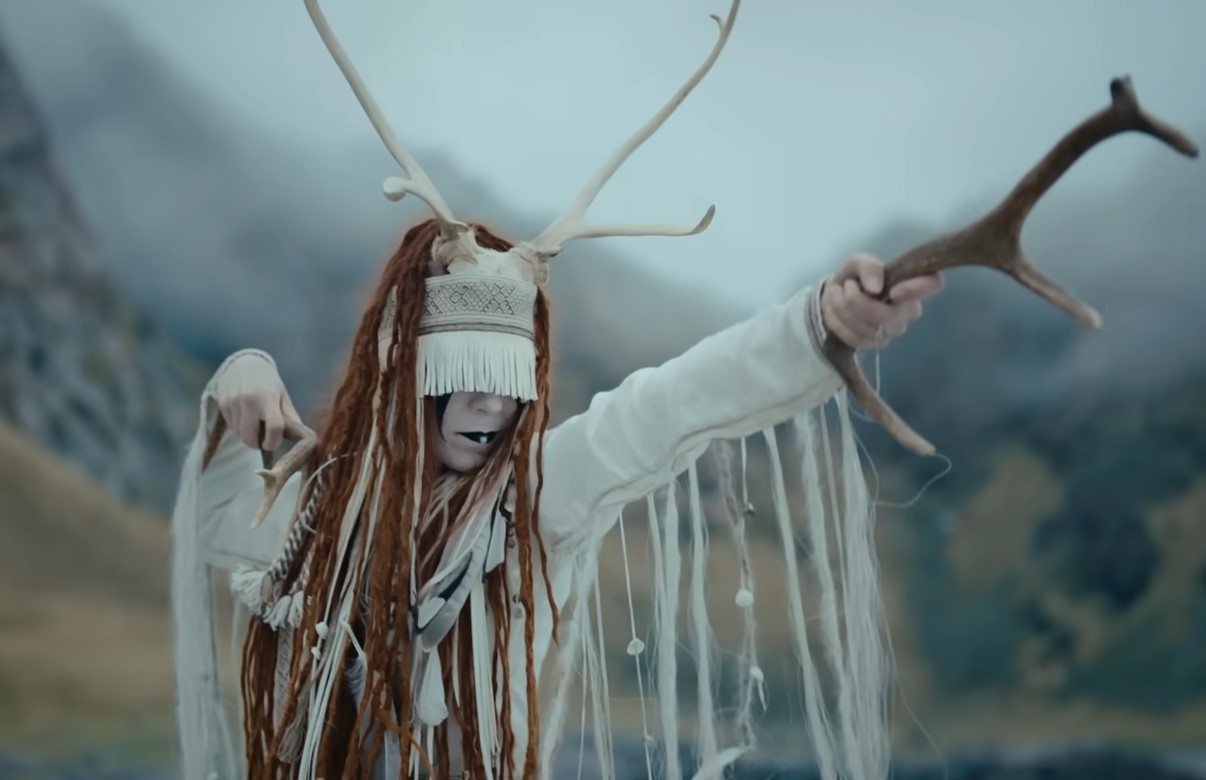 „In Anoana, the listener has the chance to delve into a collection of likely encoded spells from the Migration Period and get a touch of magic from the Dark Ages. The intention of the piece is to playfully reconnect to an incantational language of a period where the North was richer in gold than any other region. Our forefathers presumably enjoyed a time of great prosperity and it may make us rethink how dark these ages really were.“

“All the songs on ‘Drif’ have their own stories. Each has its place and sense of belonging, with inspiration not only from Northern Europe, but from the ancient great civilizations. We took the ancient surrounding advanced civilizations in account, because our ancestral Nordic civilizations did not just pop up, exist and disappear in isolation. Already in the Bronze Age, we found silk on German land that was imported already from the far, far East 3000 years ago. From the Viking age, we found beads that were brought there from present-day Syria high up in the Northern mountains. Centrally important concepts, still in extensive use today, like the number Zero and all the mathematical universes deriving from it, the use of iron and the general concept of settling all originate from traditional high civilizations outside the north and still fundamentally changing our ancestor’s world. With singing these primordial songs we want to give tribute to these cultures, reconnect to the beginnings and remember that we all, from East to West, from past to present, are connected through the exchange of ideas and inspiring each other.”