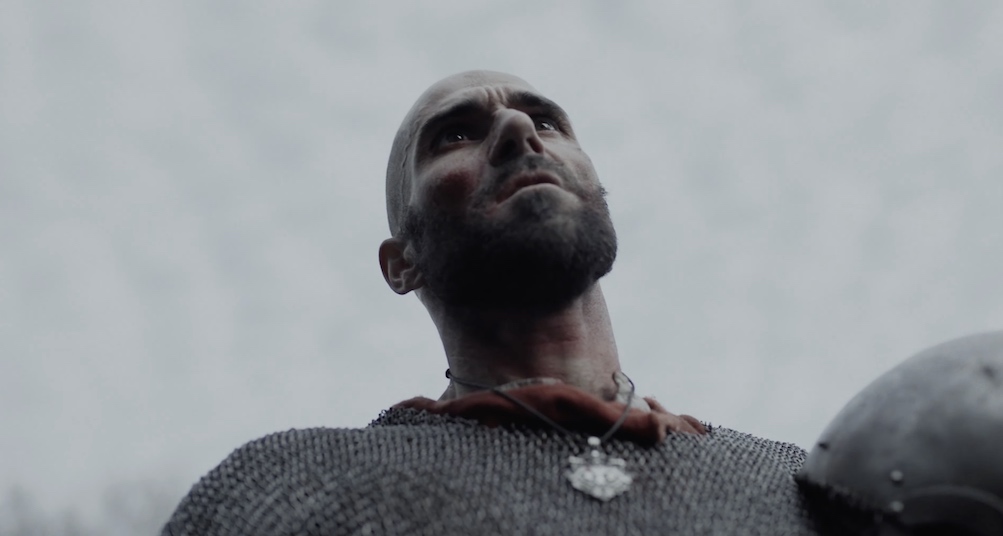 “The song, “Drink met de Goden (Walhalla)”, takes us on a journey through the life of an ambitious warrior. Only young of age, he inherits his father’s sword and sets out to conquer the world, finding pleasure in feasting and fighting. When he gets older, he settles down on his father’s land and realizes there is more to life than battle and bars. He finds fulfillment with his kith and kin, whom he will protect… with his life!

With still two months to go until the release of WEDERKEER, we’re gearing up for the live shows. We have added three more release shows to the release weekend and confirmed several festivals. Join us, for the Pagan Metal Brotherhood is on the rise.“

Since the day that I was born

I walked the path of warfare

Took up my father’s sword

And had it guide my journey

Through feasting and fighting

And ale so inviting

The lust for victory pushed me on

In the hall of mead and tales

I asked for her hand

She reached and gave me new life

Upon my father’s land

I cast my wrath aside

And gathered in the hall

We’d sit and tell the stories

Of victory and of war

Of battles and the glories

The stories told of our fame

By offspring that still bears my name

In the hall of mead and tales

Strong to my last breath

I will be the last to fall

Nothing that can stop me now

Come drink with the old ones and feast at their table

Oh drink with the old ones and feast at their table

See this old warrior, heed him this night

He carved out his saga, his journey through life

Seeking for glory, his courage unbound

Dancing on ruins he burned to the ground

Urth spun her threads and she guided him home

He found his new life back where he had begun

His kin now surrounds him, he earned this reward;

Embracing his new life he buried his sword

And should I fall, my time finally come

Valkyries will carry me home

Strong to my last breath

I will be the last to fall

Nothing that can stop me now