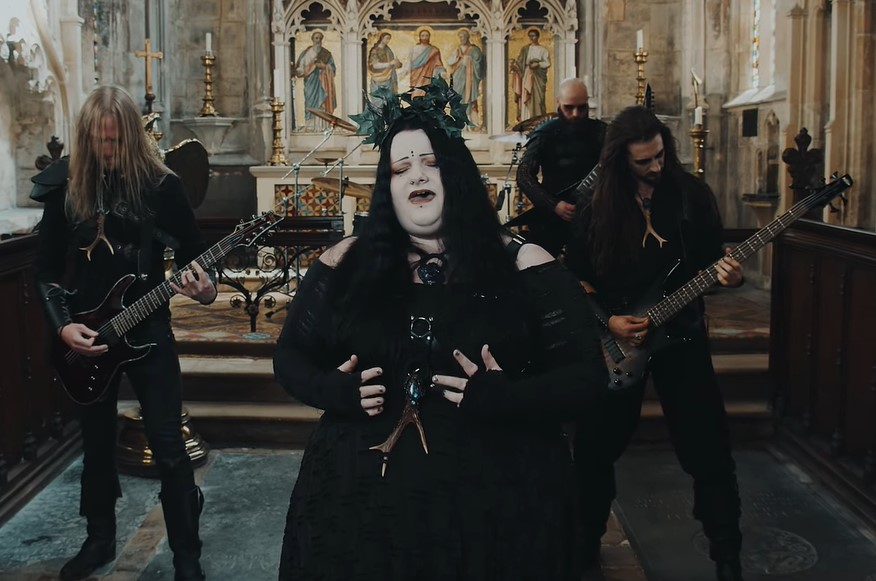 “Over the past few years there has been a growing interest in Germanic folklore; Norse mythology to be specific. Whilst the tales of heroism, honor and magic within the Poetic Edda and similar prose are magnificent within their own right, we cannot help but feel that sometimes that English lore is often overlooked. Anglo-Saxon culture was rich with myth and magic within its own right; it’s just a shame that a lot of its legends have been lost over the years. As a band, we are lucky to reside on the periphery of the Cotswolds; an area of outstanding natural beauty in the heart of England that has a rich cultural history and landscapes littered with barrows, stone circles and sacred wells. This has provided us with an abundance of inspiration for our music over the years and with this release, we want to pay homage to the land that surrounds us.

Our new album is a conceptual opus which follows the journey of a young Anglo-Saxon girl and her family who are oppressed for their pagan beliefs as the Christian regime started to take hold of England (a once heathen land) in the 7th century. The Wild Hunt marks a key event within this story where two cultures of contrasting beliefs and decorum fiercely clash in a prelude to a row of disastrous events. In northern European folklore, wilds hunts are seen as a folklore motif which involves a chase by a mythological figure escorted by a ghostly cohort engaged in pursuit. It is said that seeing the wild hunt was thought to presage a catastrophe like war or famine, or at best the death or capture of the one who witnessed it.”