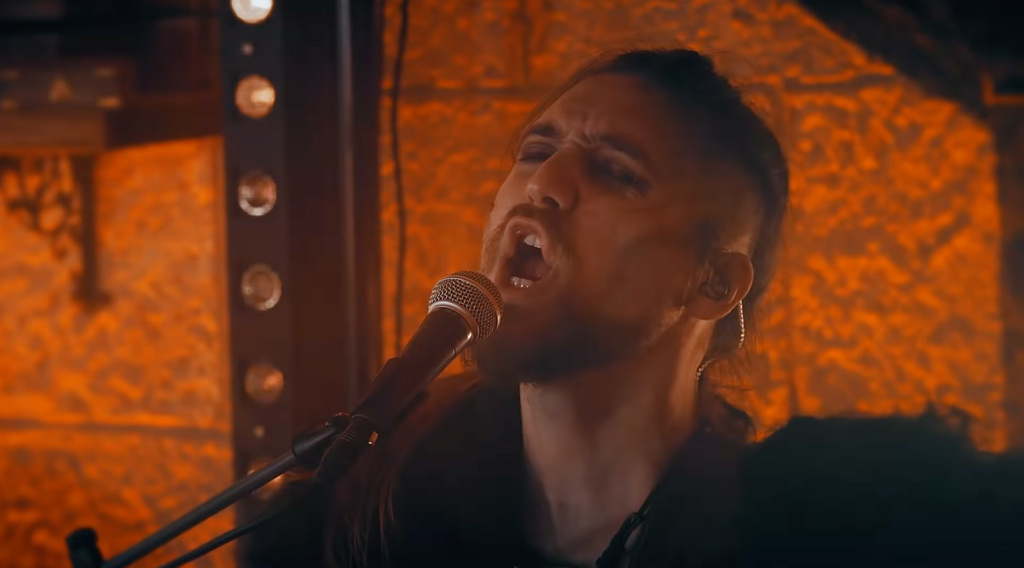 „After the war (Æsir– Vanir Var) between the two peoples of the gods, all the gods spat into a barrel to seal peace. From this saliva an extraordinarily wise being named Kvasir was born. This was murdered by the two black elves Fjallarr and Galarr and its blood was collected in one mighty and two small cauldrons. From the blood, with the addition of honey, they brewed a mead, through the consumption of which anyone could become a poet. After that, the two dwarves killed the giant Gillingr and his wife, but were caught by the giant’s son, Suttungr, and could only save their lives by offering him the mead. Suttungr accepted the offer and kept the Skaldenmet in Mount Hnitbjörg, where his daughter Gunnlöð guarded it. In order to get the Skaldenmet, Odin slipped into Mount Hnitbjörg in the form of a snake. After spending three nights with the giant daughter Gunnlöð, she gave him three sips of the mead in thanks. Thereupon Odin turned into an eagle and flew to Asgard. There he spewed the mead into the bowls of the Aesir…“