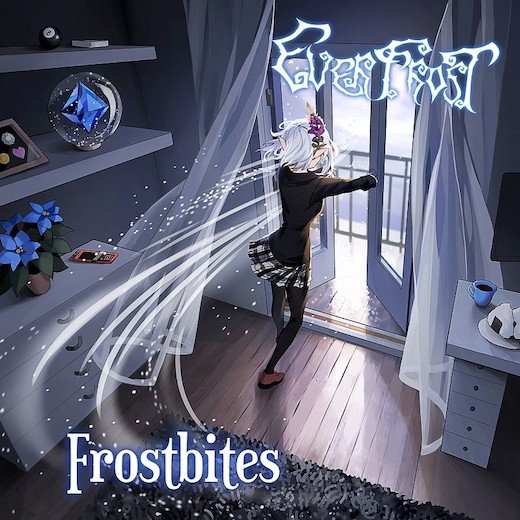 „Steins; Gate is one of the highest-ranked anime series of all time and its opening song ‘Hacking to the Gate’ has become one of those unskippable OPs beloved by many anime fans. We chose this track for our anime covers-EP ‘Frostbites’ as a nice surprise and also a chance to explore our capabilities as a band, as the song contains some quite unorthodox stylistic elements. This is an emotional show centered around science fiction, electronics, and most importantly time travel, so the song’s mix of colorful chords, strange sounds, and sci-fi-inspired effects create a thick, melancholic aesthetic that fits the theme perfectly. Our goal was to capture this and revamp it authentically in our powerful style. This definitely made it the most intricate and time-consuming track to put together, such as a piece like this deserves.
​
For the vocals on this track, we had the pleasure of working with the insanely talented Shiro Neko, known for her incredible anime vocal covers on Youtube and working with other artists. Her vocal tone and impeccable Japanese pronunciation were essential in delivering this song. One aspect of the Frostbites EP we haven’t talked about much is the larger investment made in production this time around. From the time put into pre-production to the studios we used, up until the mixing and mastering processes, care was taken to bring the EVERFROST sound to a whole new level. Hacking to the Gate proved to be the song to showcase perhaps the best of all the tracks.“