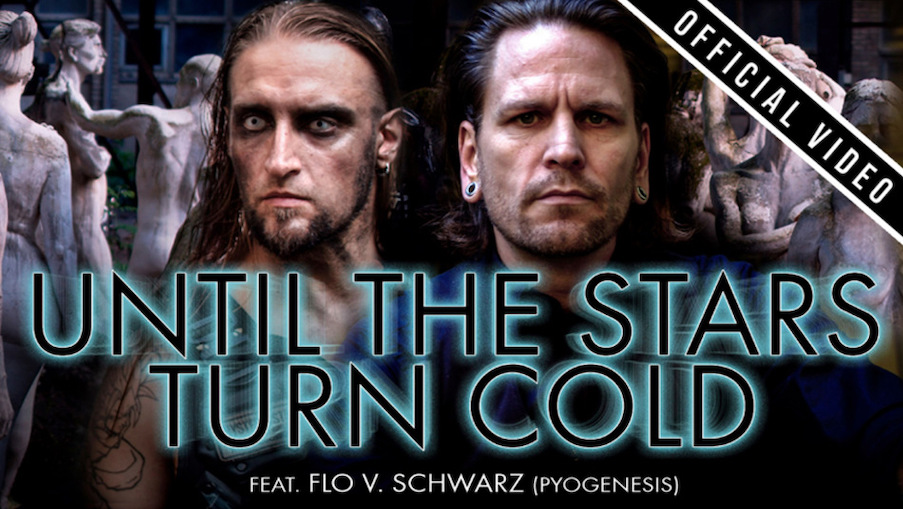 „A vast, desolate wasteland in the 28th century. However, things have become a bit more bearable and the smog cleared up a few years after the last settlers were gone, and by when Divided showed up on the desert planet with the crew, the atmosphere already healed. Nature claimed back what once was hers. Ivy was blooming on the cracked building walls, the fences around them were embraced by tree branches and moss took over the elderly people turned to stone when the last nuclear winter hit the premises. Because that’s what happened…the Sun turned cold and humanity is now spreading across the galaxies like dandelion seeds. What could be a better scenery for shooting a video when the stars turn cold, the Autumn solitude creeping into everything, giving a chill down to the bones? No one roams these plains but Brother Belmont, psyKlone, v0id, Sol, and Stalkher Jr. And of course their precious guest, Flo V. Schwarz, the voice of Pyogenesis and the camera crew: Krisztián Maráczi, Jan Borowski and Gréta Vaskó. This video was created by them for you. And us of course, directed and edited by Belmont, it all came from our hands. Let this video be an ode to oblivion, a dirge for freedom and let it give you strength while everything is under lockdown. We are not alone in the unknown.“