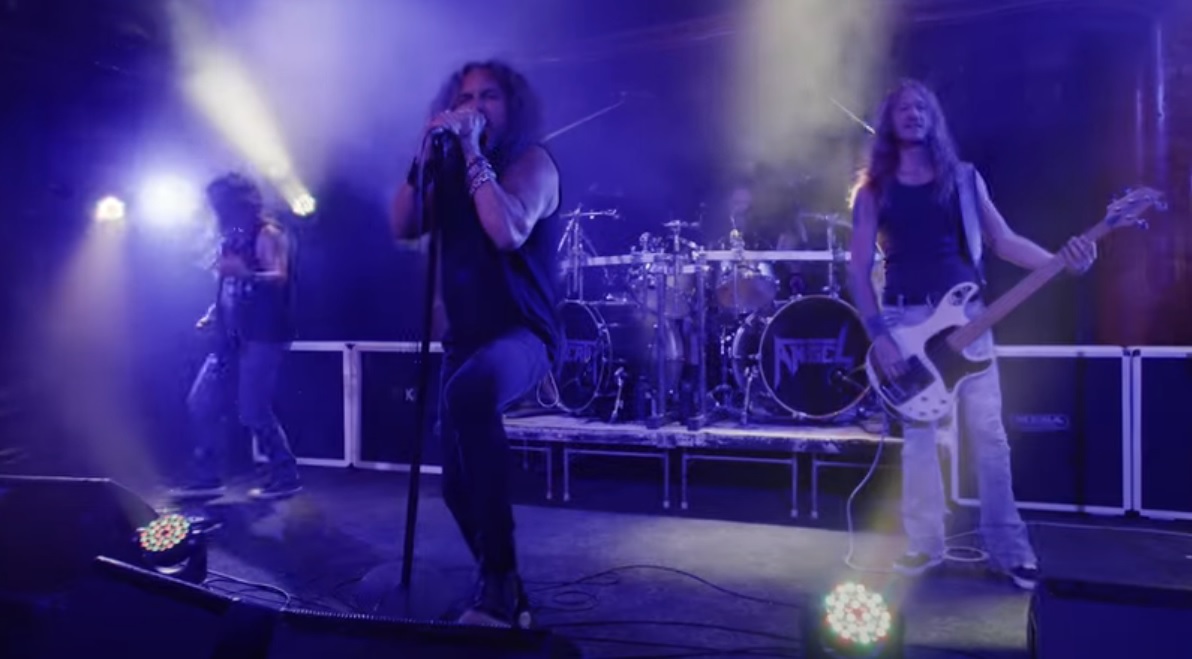 “’Absence Of Light‘ is a song that I have been championing for since the album that it is on called ‚Relentless Retribution‘ was released in 2010. It’s an extremely dark song lyrically that sits on top of this thunderous and driving riff and beat. It is not a fast song by any means. But! It’s HEAVY!! DARK and HEAVY!!! We finally took the time to re-familiarize ourselves with it and we were all surprised how HEAVY it sounded when we all played it together in the room! I’m pretty confident it will rear its DARK and HEAVY head in some future live sets. In front of an actual audience!”

„When we performed and filmed the songs for The Bastard Tracks it was such a crazy time and having missed being able to perform live for so long was taking it’s toll on me to a certain degree as I have been a live performer for the majority of my life. I must say, it was a pretty dark time. I know it was for so many of us… But! Music once again helped to pull us through it. It was a bit odd performing to no crowd. But! It felt great re-learning some deep tracks and getting on stage with the guys and unleashing this pent up aggression! And the response from everyone who tuned into it suggesting that we release it as an album was overwhelming! Well… Thanks to them here it is! I hope you enjoy it!”

„Choosing and sequencing the songs for The Bastard Tracks set list was quite a different trip. All of them had rarely (and in some instances never) been played live. We hadn’t performed in front of a live audience for over a year, the longest ever for this band. It was to be filmed live at The Great American Music Hall in San Francisco and then broadcast worldwide on the good ol’ inter-web! I could get into that… From basically re-learning most of these songs to getting them as tight as they should be, we put our energy together and made it happen! I’m thankful for having had this goal to focus on during those (still) crazy earth crisis days. It gave us an important reason to get together at DA Studio and JAM! Literally the only time I’ve felt “normal” since 2020 was while we were jamming! Fortunately we’ve been able to do it a lot. Now, we proudly present the audio and visual recordings of those sessions. Turn it up! P.S. – We cannot wait to exchange live energy with you as soon as possible!!