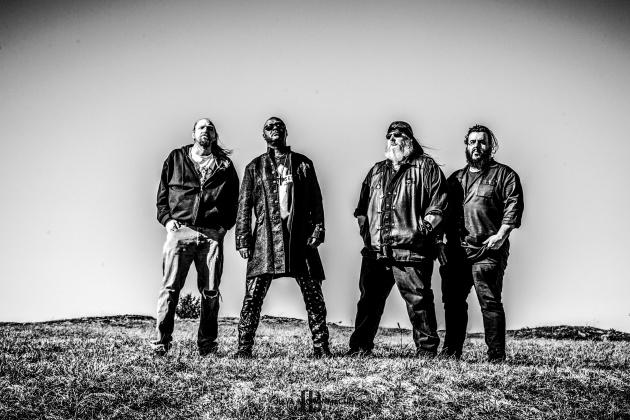 „Some of the musical ideas that ended up as songs on our debut were initially written while I was still with my previous band but with a rift growing between myself and the other members over personal and musical differences, I decided to hold onto them til I was able to find the right vehicle for them. I wanted to step away from the extremity of my former band and get back to writing songs that were heavy but had hooks and a strong vocal presence. For this band, I wanted to draw from bands such as Dio-era Sabbath, Candlemass, Metal Church, Armored Saint, Mountain, UFO and Judas Priest with enough experimentation that would allow us to branch out on future releases. I wanted that to be the template and I found like-minded friends in the surviving members of Iron Man. I’ve known Dee for over a decade and met Lou and Mot from the scene and affiliations and while I knew working with them would bring certain expectations due to the legendary status of Iron Man, I was hopeful in what we could create and had a gut feeling that it would be great. I was very aware of the fact that you only get one shot to make your 1st impression and being that I was writing a lot of the initial ideas,it meant that I had a lot to prove…not to mention, the scrutiny that I may encounter from people who perceived me as somehow trying to replace Al Morris but you can’t replace a legend so you just try to make your own mark. So Spiral Grave is a new band with a debut album that I think will do justice to not only the scene we come from but those who helped pave the way…“