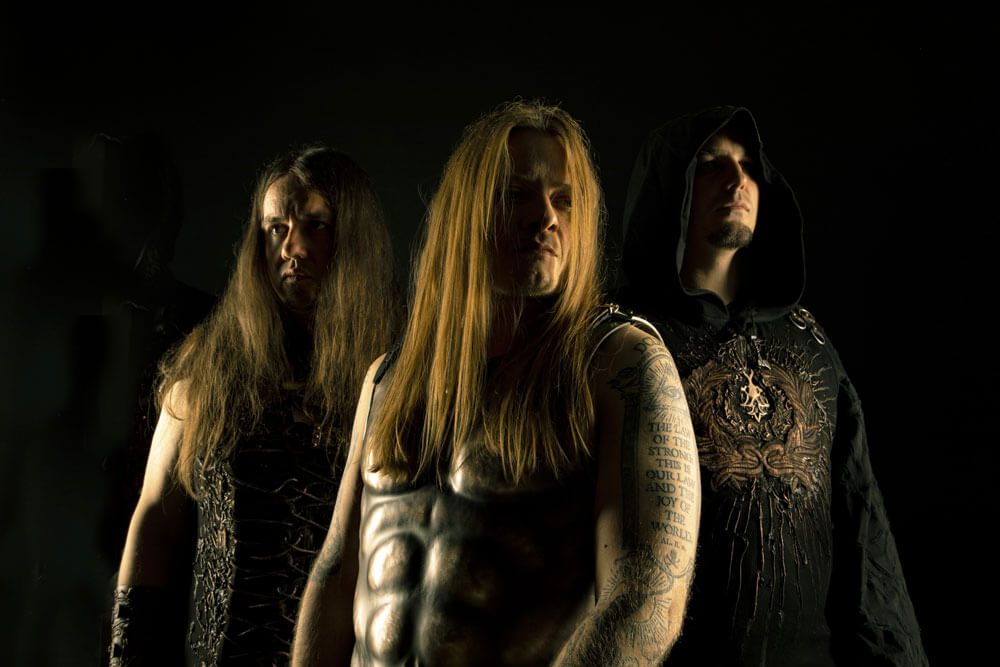 BORNHOLM über ‚I Am War God‘:

“The song is about the ancient instinct of war and destruction of human kind, like a chisel in the hand of the sculptor forming the world when the time comes from century to century. We live hard and historical times and it’s gonna be harder than we could ever imagine. The wheels are turning by giant and ancient powers and this is what the lyrics are about. The will is the only thing that really creates, that moves the events forward… the will against will.”

“So the day has come, the new album is coming! Its title is Apotheosis, which is a Greek originated word meaning deification, divinization and the glorification of a human to a divine level. It contains 11 tracks and drives deeper into our musical world and soul than ever before.

We had to deal with a lot of difficulties both in the studio and in our private life during the making, but somehow something was always guarding the birth of the record. Nothing stopped, not even for a single moment, no matter what happened. It was a great experience to go through this uprising while the world is going into another direction. We didn’t lack anything; fate was with us – so the birth of the record was a sort of magical experience. Step by step, everything was in place in time and, without tolerating the outside world, we built another one for ourselves.”

“The video was shot among the majestic woods and century-old ruins of Sweden in two parts. At first the scenes with the band members, and after a couple of days, the actors and the storyline. This is our first video that was made by a professional director, Johan Bååth, who worked with Watain earlier for example.”