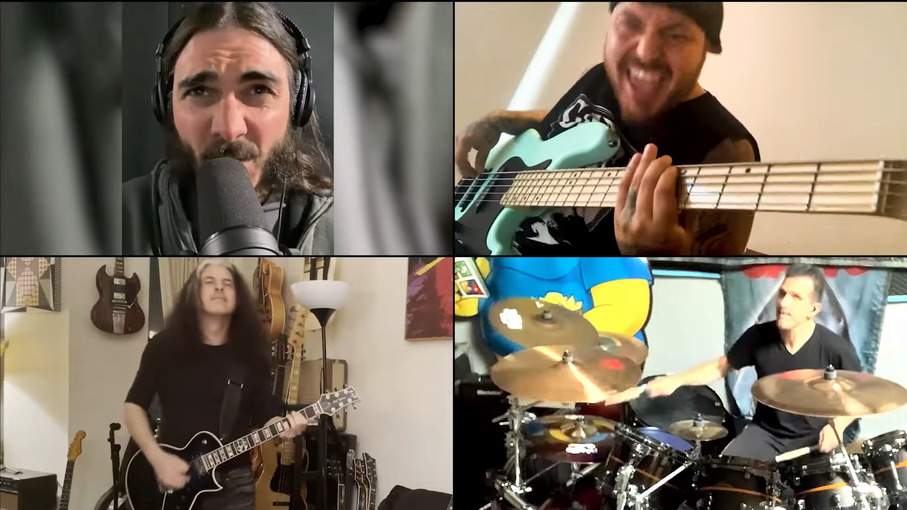 “One year ago I had this idea to make a video while in quarantine. I was feeling pretty down about the passing of Neil Peart and about the Pandemic…I needed to be creative and play! I contacted Alex and Ra about doing a Rush song and video and they both liked the idea. I felt that they were probably feeling the same way I was, and that this would be a great way of jamming and entertaining while we were stuck home. The response to the initial video was overwhelming! It really made us feel good during a bad time. A whole year ago…I cant believe it! It ended up being a year of making music and videos after all; I now have a record that’s coming out May 14 with most of the Jams. The Rush songs will be out on a special EP on Record store day in November. This song will be included on that. Subdivisions is probably in every Rush fan’s top 10 songs, definitely one of their best. The keyboards dominate this tune and Neil’s sound on it is so unique! His drum fills are so precise and powerful…like little hooks throughout the song, an air drummer’s dream! The lyrics tell a tale of life in the burbs and being shunned when you don’t meet a certain standard. Subdivisions In the high school halls In the shopping malls Conform or be cast out!”