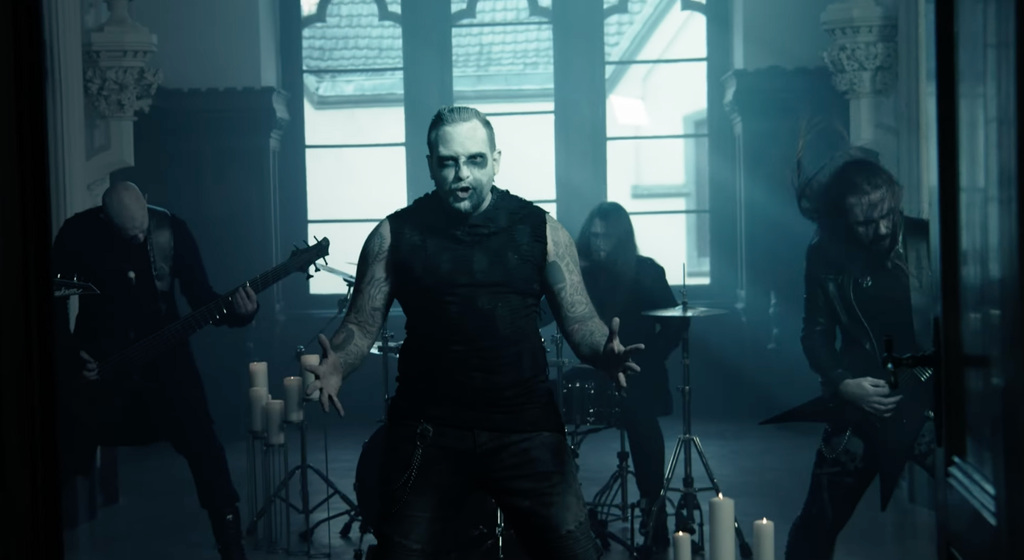 “This is one of the most extreme songs on our album. Blast beats meet excessive Doom Metal riffs… We love the intense atmosphere evoked here – the song has an awesome groove, and we’re really looking forward to playing it live. Oh, and we highly suggest checking out the video clip we did for this one!”

“Well, we took our time in creating this album. We had to make sure we (can) work together as a band after all these years, that the chemistry is there, that it feels organic to release another album after such a long break. To cut it short, we’re really looking forward to having The Seven out, as we’re very satisfied with it. More than that, we’re proud of it. Typically, you can point a finger at one or two songs that really stand out from the rest, but here, you’ll feel the effort that was put into every song and every aspect. Not only in terms of songwriting, there’s also the artistic concept and visual artwork/realization delivered by the team of Credo Quia Absurdum, and excellent production under the supervision of our friend Kristian “Kohle” Kohlmannslehner Usually you have to be prepared to make compromises. The Seven is far from that, as it is our most ambitious album to date.”